When it is wet, it is sticky and strong, holding you fast if you make the mistake of wandering in. When it is dry, it is as hard as the iron that gives it the coppery red color, and resistant to the pick and plow. It glows in the sun like the tresses of a red-head, and is just as bewitching. It is home. It is not home.

I spent almost all of the first three decades of my life living in the foothills of the Appalachian Mountains. I developed an intimate acquaintance with the tent caterpillars, the blue gill, the glowing green flora, and the red clay. Their minerals, their colors, the oxygen that passed through them, built the cells of my body and the images in my mind. To deny I have a cellular connection to this place, would be to deny my very self. Yet, genetically and genealogically, I do not belong. I am the offspring of colonizers. Half of me is first generation. My father’s side was too poor to do anything other than to stay put in England where they belonged. One quarter of me is 4th generation, arriving from Switzerland in the early part of the last century. A not uncommon story of arriving with a few clothes, a few coins, and a bible in hand. That final quarter though, well, that one has been here for a few centuries. Good guys becoming bad guys in the process of trying to escape other bad guys.

You may be asking what brought this up. A trip home of course. Home, in this case, being TN. In May I spent a few days traveling between Nashville, Knoxville, Chattanooga, and Atlanta. As is typical of the South, it was 90 degrees some days, and no more than 55 others. Lovely and warm one minute, green rumbling tornado skies the next. Sadly, I didn’t do much visiting, but as I was driving between these places, I gave myself permission to make some stops along the way. I spent time at Fort Loudon, the Sequoyah Birthplace, the Tellus museum, and finally the Etowah Mounds. Though it was a glorious relief to go and do exactly as I pleased for a couple of hours, it has left me with this strange sensation, hovering somewhere between conflict and resolution.

How can I feel entirely of a land, while knowing that land is not mine to be of?

When we were kids, we had a VHS tape of The Color Purple. I watched the tape many times, and as I wandered around the countryside on this trip a quote from the movie came to mind.

When I come back to Appalachia it feels the way the character Nettie describes feeling when she sees Africa for the first time in The Color Purple. “On my first sight of Africa coast, something struck in me, in my soul Celie, like a large bell, and I just vibrated.”

I walked through the plaza of the Etowah mounds, my hands hovering at the tops of the grasses there, and I was simultaneously of this place, it’s colors, sounds, and smells vibrating in my soul, and the downfall of this place, of the people who called it home for millennia.

I cannot resolve this in my head. I am a part of this land, and it is a part of me, but I would never have been here if my people hadn’t stolen it from others, and brutalized them in the process.

Maybe resolution isn’t possible. Maybe I will never feel like I wholly belong any place. Maybe this is why I wander.

I just know, when I leave TN, I always feel as if I’m leaving behind a part of myself.

A quick note on the Etowah mounds. Two things really struck me when I was there. The first was just how clearly this culture is tied to those in Mexico. Same aesthetic in art and ritual objects. Same pyramidal forms. Same village layout. Remarkable. The second was how utterly exposed one must have felt crossing the plaza, under the watchful eyes of those on the mounds. 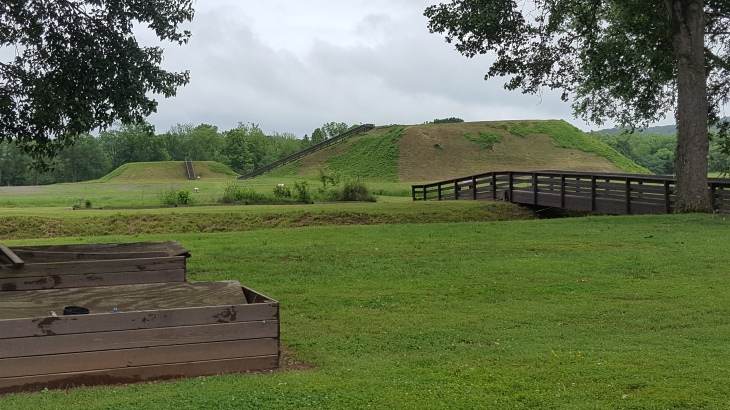